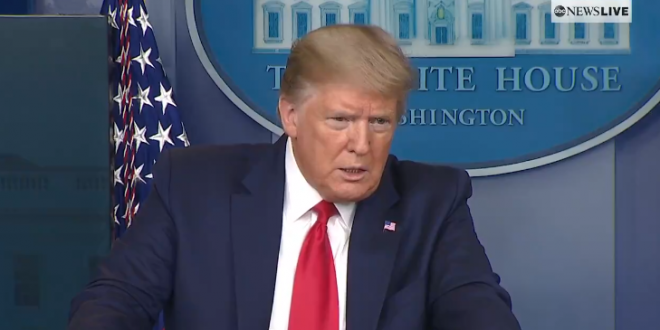 President Donald Trump on May 31 quote-tweeted a post that included a pro-Trump video and the text: “We are the calm before, during & after the storm.”

Above the tweet, Trump wrote, “STRENGTH!” The tweet also included the slogan for the QAnon conspiracy theory, “Where we go one, we go all,” or “WWG1WGA” for short. The account, @SeanCordicon, has since been suspended.

The person Trump amplified is not only a supporter of QAnon, but has repeatedly also affiliated himself with the Three Percenters, a far-right militia movement group. 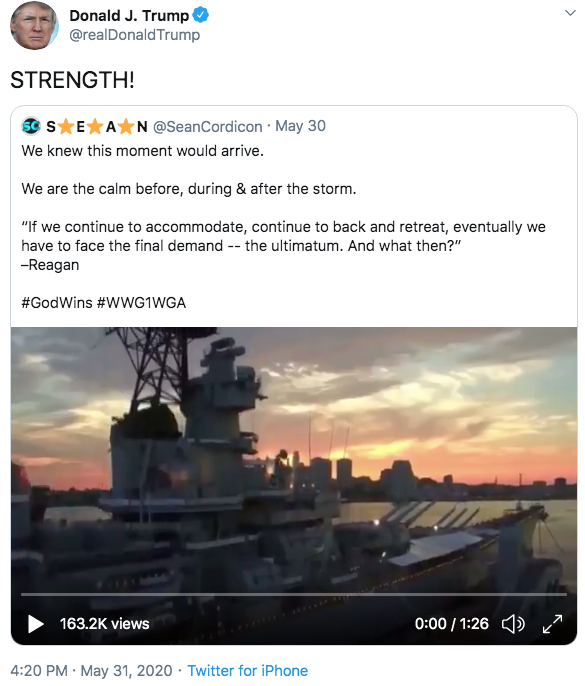