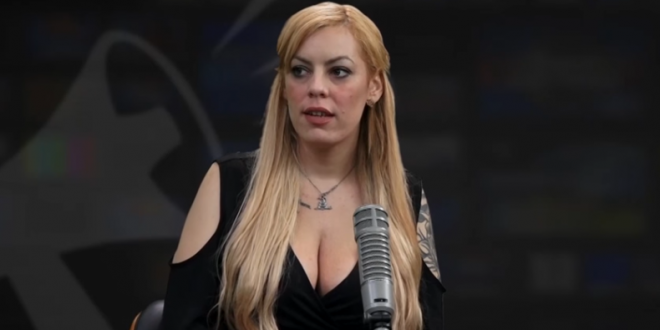 Right-wing politicians and personalities have demanded that the nation’s police engage in extrajudicial acts of violence against people protesting the ​police killing of George Floyd.

Cassandra Fairbanks, a far-right media personality, posted messages throughout the weekend calling for protesters to be harmed and killed by the government, expressing her desire for Trump to authorize lethal force against demonstrators.

She pleaded to Trump, “Please for fucks sake end this shit by any means necessary using any force necessary.” “Not all lives matter,” Fairbanks tweeted Saturday.

Hit the link for similar calls by Jacob Wohl and other far-right Trump cultists. Fairbanks has spent the last 48 hours spilling out a “woe is me” stream of tweets, claiming that her home has been threatened by “terrorists” after her call to kill protesters. Moments ago she tweeted and deleted that she was sick of living in DC with “fucking animals.” Fairbanks is the “Washington bureau chief” for Gateway Pundit.

I am now here pic.twitter.com/ejStxB7pWY

Fuck that. I demand police authority. They need to be unleashed and get out there and end this shit once and for all. https://t.co/WBMeqQFlVm

NOOOOO OMG WHY DID HE STOP!!!!!!! Don’t all truckers know about Reginald Denny?!?!