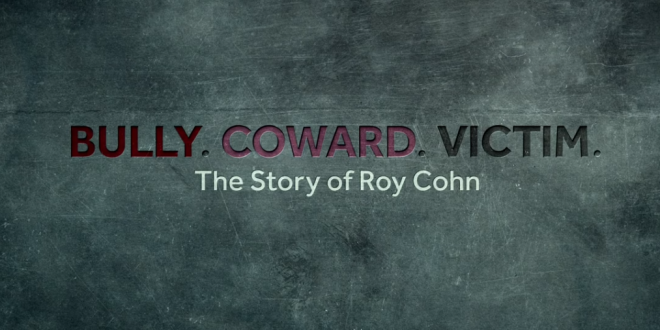 Here’s the first trailer for Ivy Meeropol’s documentary Bully. Coward. Victim. The Story of Roy Cohn, which will debut on HBO later this month. The feature film, which had its world premiere at the 2019 New York Film Festival, is another insight into the infamous attorney who prosecuted the Meeropol’s grandparents, Julius and Ethel Rosenberg, and later argued persuasively for their execution.

The documentary draws on unearthed archival material and audiotapes to paint a portrait of Cohn’s life from the late 1950s as chief counsel to Senator Joseph McCarthy, through to the 1980s when he embedded himself in the Reagan White House as a “rabid anti-homosexuality activist and political mentor” to current U.S. president Donald Trump before dying of AIDS in 1986.

Debuts on June 19th. Just in time for Pride.