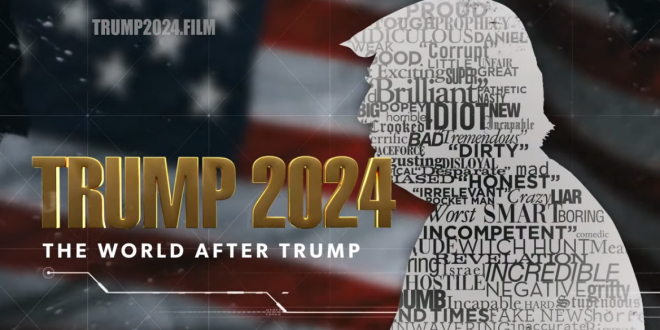 Evangelical and social conservative supporters of President Trump are producing a film warning of a “one world government” based on socialism, the rise of the anti-Christ and other end-times calamities if Mr. Trump is not reelected in November. “Trump 2024: The World After Trump” features interviews with a diverse group of Christian and conservative commentators, including former Arkansas Gov. Mike Huckabee, the Rev. Franklin Graham, syndicated columnist Star Parker and Mike Lindell, CEO of My Pillow, among others.

On Monday, the Christian movie company Resurrection Pictures released a trailer for the film and announced a Kickstarter fundraising campaign to distribute the movie to as many as 1,500 theaters in “key markets” nationwide. The trailer highlights topics such as “Globalism,” “Border Wall,” “Abortion” and “Israel,” with sound bites from notables such as Tony Perkins, Paula White, the White House faith adviser; Brigitte Gabriel, founder of ACT for America; and televangelists and megachurch pastors.