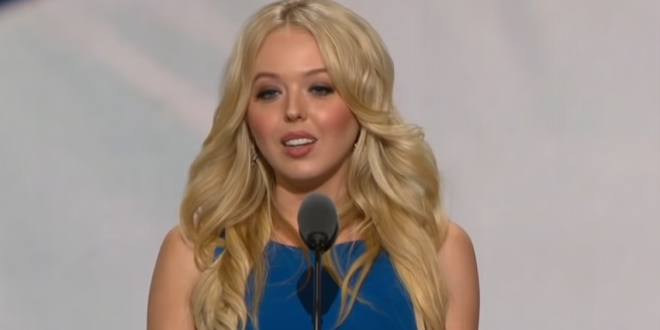 President Donald Trump’s daughter Tiffany Trump joined the Black Lives Matter Instagram blackout on Tuesday amid nationwide protests over the death of George Floyd. On her Instagram post, Trump also attached a quote from Helen Keller and the hashtags “#blackoutTuesday” and “#justiceforgeorgefloyd.”

The blackout posts “are intended as a way of expressing solidarity with the Black Lives Matter protests that have swept the US after the death of George Floyd,” and to “join in, users simply post a black square onto their feed – and then commit not to post over the rest of the day.”

There’s concern that while what amounts to a virtual moment of silence may be a powerful reminder to some, it comes at a time when the voices of black activists and advocates are needed the most.

Rapper Lil Nas X was critical of the movement on Twitter. “I just really think this is the time to push as hard as ever,” he wrote. “I don’t think the movement has ever been this powerful. we don’t need to slow it down by posting nothing. we need to spread info and be as loud as ever.”

However, some people have taken the call to action to mean a pause on posting about personal things or issues unrelated to Black Lives Matter or the ongoing protests rather than complete silence.