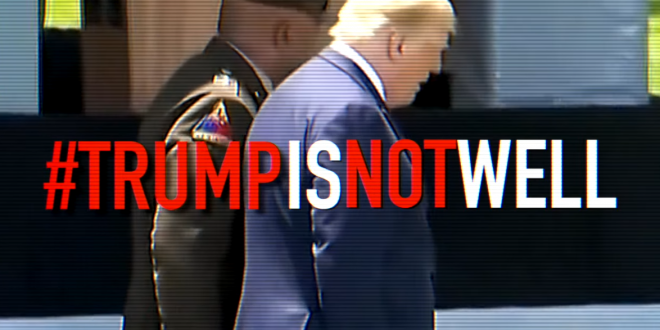 The Lincoln Project: “Trump Is Not Well” [VIDEO]

First, a refresher from Fox News:

Members of the mainstream media sounded the alarm about President Trump’s health for what they believe were signs of declining health during his appearance at the West Point commencement ceremony.

Following his prepared remarks to the military academy graduates, Trump was seen cautiously walking down a ramp from the stage. A clip was shared on Twitter by Vox journalist Aaron Rapar and has over 12 million views.

Journalists also speculated that Trump’s sip of water during his speech was also a cause for concern because he needed both hands to lift the glass to his mouth.

And tonight, this. Whoa.

Previous Perkins Has The “Neil Gorsuch Is A Sellout” Sadz: This Cultural IED Will Be The Lingering Horror Of His Legacy
Next CHATTER AWAY: Overnight Open Thread