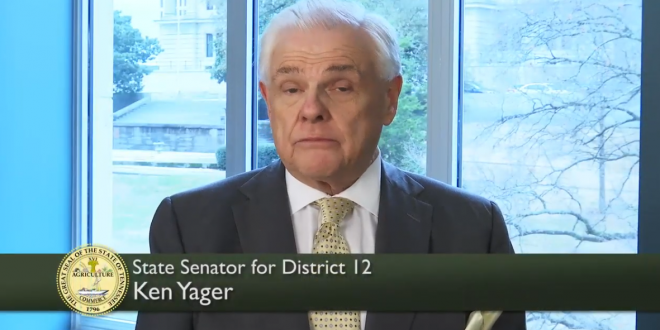 TENNESSEE: Governor Gets Bill Allowing Students To Miss One Hour Of School Every Day To Attend Church

The Tennessee legislature passed a bill yesterday, House Bill 2542/Senate Bill 2473, that would force public schools to allow kids to miss class for up to one hour each day in order to attend church. (They would also allow school buses to transport those kids, as long as the churches paid for it.)

If the governor signs this bill into law, it would go into effect beginning this fall. And it will very likely become law since the State Senate passed it 31-0 on Friday, and the State House passed it 94-0 yesterday. No one wants in power wants to oppose this.

“Tennessee students cannot afford to miss so many hours of classroom time,” said Gayle Jordan, the Tennessee State Director for American Atheists, executive director of Recovering from Religion, and a two-time Democratic candidate for a State Senate seat, referencing Tennessee’s ranking of only 38 in U.S. News & World Report’s list of best and worst U.S. states for Pre-K–12 education. “Our lawmakers need to get their act together and figure out how to fix, not further weaken, our public education system. Otherwise, students will suffer.”

Previous Lincoln Project: Trump Is Finally Getting The Big Crowds
Next New Bill Would Ban Trump From Nuking Hurricanes