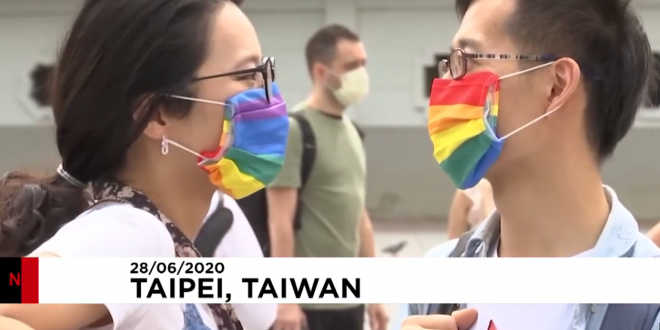 The Taiwanese capital held its annual LGBT pride parade on Sunday, making it one of the few places in the world to proceed with such an event in the face of the coronavirus pandemic. The parade in Taipei has drawn tens of thousands of people in the past, but participant numbers Sunday were reduced by both virus concerns and heavy rain.

Taiwan’s Central News Agency said that over 1,000 attended. Those who did take part said it was a testament both to Taiwan’s ability to contain the pandemic and its commitment to rights for people of all sexual orientations.

Taiwan is the only place in Asia where same-sex marriage is legal, and its liberal political system has long promoted human rights, free speech and freedom of assembly.

Taiwan has one of the lowest COVID rates in the world.