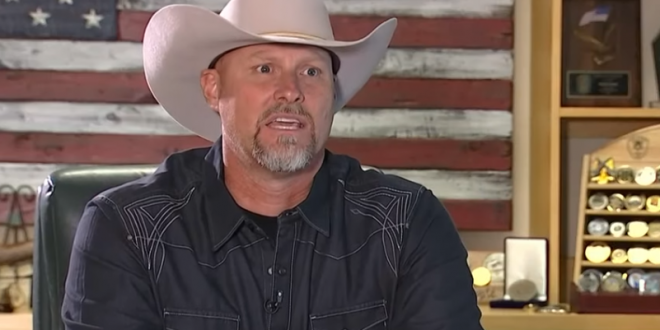 Sheriff Who Refused To Enforce Lockdown Has COVID

A Republican sheriff in Arizona who said he would not enforce the state’s emergency coronavirus orders has come down with COVID-19.

Pinal County Sheriff Mark Lamb announced on Facebook on Wednesday that he had tested positive, likely from attending a campaign event on Saturday. He says he found out when he was called on Tuesday to meet with President Trump at the White House and was screened for the virus.

Lamb said on Wednesday that he’ll be self-quarantining for at least the next 14 days and has alerted the Pinal County Public Health Department after testing positive, “and they are working to track all those I came in contact with following the Saturday event.”

Lamb was a regular on Live PD. Trump visits Arizona on June 23rd.