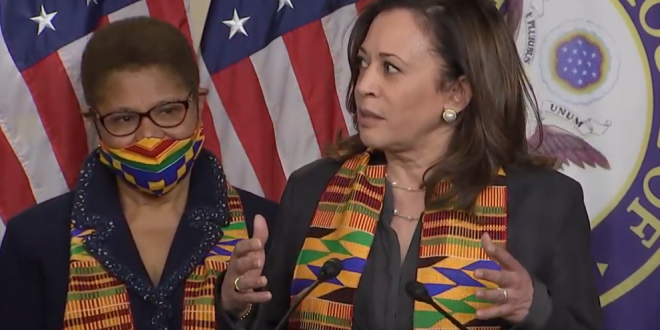 In a tweet, Sen. Kamala Harris linked to a Los Angeles Times story that noted that Trump’s rally, set to be held on Juneteenth, would be hosted in a city that was the cite of a racist riot and massacre in 1921. “This isn’t just a wink to white supremacists—he’s throwing them a welcome home party,” the senator tweeted.

Harris’s comment and the Los Angeles Times story refer to the 1921 Tulsa riots during which more than two dozen black residents of the city were murdered and hundreds more were injured, while several blocks of black-owned businesses known as “Black Wall Street” were completely destroyed.

This isn’t just a wink to white supremacists—he’s throwing them a welcome home party. https://t.co/lUXpnUoFQU

Previous Surgeon General: George Floyd “Could Have Been Me”
Next SCOTLAND: Trump Resort To Get Million Dollar Bailout As He Boasts About Not Asking For US Bailout Money