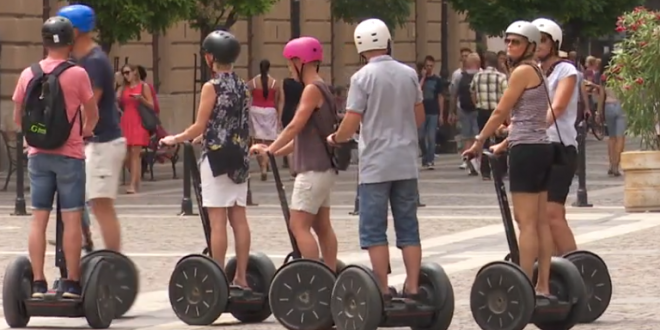 Segway, which boldly claimed its two-wheeled personal transporter would revolutionize the way people get around, is ending production of its namesake vehicle. The Segway PT, popular with tourists and police officers but perhaps better known for its high-profile crashes, will be retired on July 15, the company said in a statement.

The transportation revolution that inventor Dean Kamen envisioned when he founded the company in 1999 never took off. The Segway’s original price tag of around $5,000 was a hurdle for many customers. It also was challenging to ride because the rider had to be balanced at a specific angle for the vehicle to move forward.

Ten months after buying the company in 2009, British self-made millionaire Jim Heselden died after the Segway he was riding careened off a 30-foot cliff not far from his country estate north of London. He was 62 years old.

Steve Jobs predicted the Segway would become as big as the PC.

Jeff Bezos called it one of the most “anticipated product introductions.”

But nearly two decades later, it’s the end of the road for the Segway.https://t.co/7FOWtfTh0M