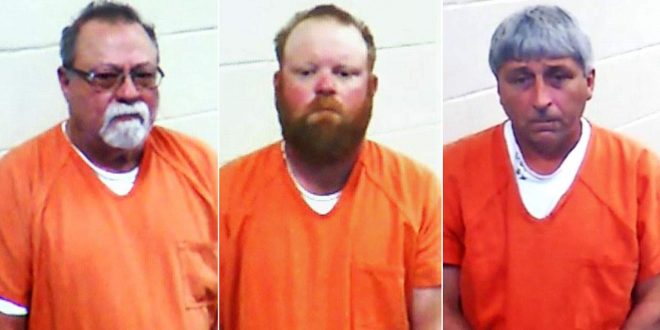 The white Georgia man accused of killing an unarmed black man, Ahmaud Arbery, used a racial slur after the fatal shooting, according to another suspect’s account to an investigator. The allegation was revealed as the prosecution presented its case at a hearing on Thursday for defendants Gregory McMichael, 64, his son Travis McMichael, 34, and their neighbor William Bryan, 50.

All three suspects were arrested last month in the death of Arbery in February. The McMichaels appeared in court via a video from jail. Bryan was not present for Thursday’s hearing. Special agent Richard Dial with the Georgia Bureau of Investigation said during the hearing that Bryan said that he heard Travis McMichael say, “f—ing N-word” after Arbery had been shot.