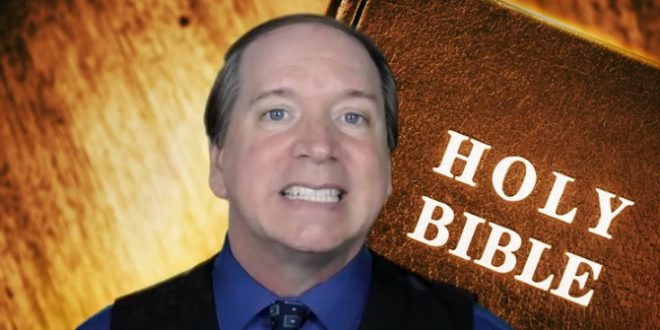 Pastor Jazz Hands Has The Sadz: God Destroyed Sodom And Gomorrah, Now He Might Nuke Us Due To SCOTUS

“The Supreme Judge says the Supreme Court is breaking God’s law and violating the Constitution by attempting to redefine sex in a Title VII opinion on Monday,” said Rev. Steven Andrew.

He calls Christians and churches to stand up for God by praying daily for a covenant Christian nation government to immediately replace all representatives and judges rebelling against God and to teach our loved ones that God says homosexuality is sinful so they don’t lose their souls.

“God destroyed Sodom and Gomorrah with brimstone and fire, so nuclear destruction is a possibility if the nation rebels against God unless we repent,” said Andrew. Those who love God are asked to join the group “America Is on the Lord’s Side,” which Andrew leads and includes many top Christians and Christian leaders.

Andrew last appeared on JMG when he appealed to LGBTs stop all their sinful fucking or God wouldn’t deliver the nation by Easter as Trump wanted.

Earlier that month Andrew appeared on JMG when he declared March to be “Repent Of LGBT Sin Month.”

His video in which he blamed gays for the coronavirus was deleted by YouTube after that JMG post.