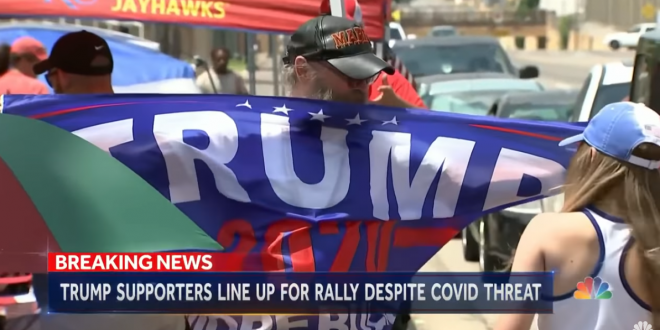 Oklahoma has reported more than 800 new coronavirus cases in the past two days, marking a significant spike ahead of a massive rally for President Trump in the state planned for Saturday.

The state reported 352 new cases on Friday, one day after a record 450 new cases on Thursday. The previous record was 259 new cases, and that was set only Wednesday. According to the state health department, there have been 367 coronavirus deaths statewide. Over just the past week, cases have increased by about 90 percent.

Testing in Oklahoma has also remained relatively flat, so the increase in cases is not due to an increase in testing, despite arguments being made by Vice President Pence and other officials.