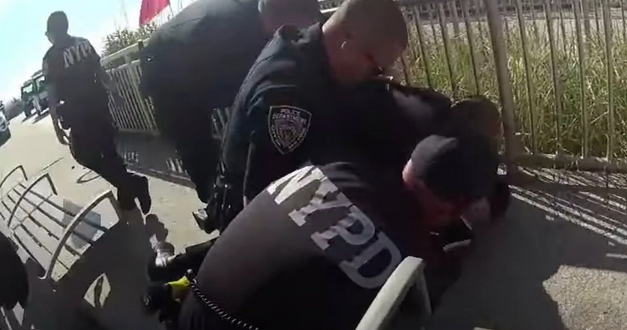 A New York City police officer was arrested on Thursday morning and charged with illegally using a chokehold to subdue a man on the boardwalk at a Queens beach, officials said.

The officer, David Afanador, was suspended on Sunday hours after cellphone video was posted on social media that showed him holding his arm around the man’s neck during an arrest on the Rockaway Beach boardwalk. The man, Ricky Bellevue, 35, appeared to lose consciousness.

Officer Afanador, 39, turned himself in at the Queens district attorney’s office to face charges of second-degree strangulation and first-degree attempted strangulation, according to a police official.