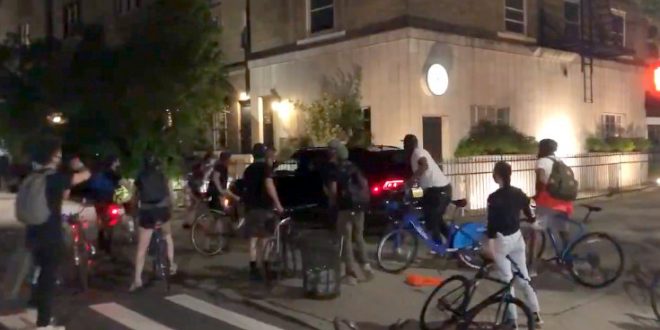 An angry driver was busted after video showed him jump the curb during George Floyd protests in Brooklyn and plow into demonstrators, police said.

Jacob Leiper, 44, of Queens, was arrested on charges of reckless endangerment and leaving the scene of the accident in connection to the dangerous encounter around 10:30 p.m. Saturday in Crown Heights, according to cops.

Video posted to Twitter showed Leiper drive onto the curb and strike several people as someone shouts, “Watch out!” Police stopped Leiper after protesters pointed out his vehicle a short distance away from the scene. He was also charged with unlawful possession of marijuana.

And here’s the arrest. pic.twitter.com/ueEqcjGOXZ