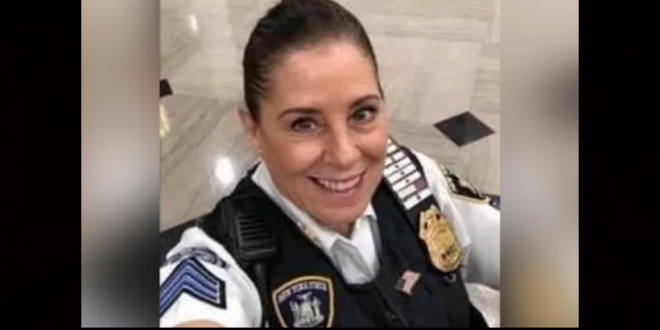 A Brooklyn court officer was suspended and had her gun taken away after she posted a racist meme depicting former President Barack Obama being lynched.

Sgt. Terri Pinto Napolitano posted the vile meme to her Facebook page over the weekend, showing former president Barack Obama swinging from a noose, according to screen grabs shared with the Daily News.

“We will not yield,” the meme she posted reads. “Your day is coming TRAITOR.” In another meme posted alongside, former Secretary of State Hillary Clinton is led to the gallows. The text that goes with the image says, “IT’S NOT OVER TILL THE FAT LADY SWINGS.”

The New York Court Officers Union has distanced itself from Napolitano in a Facebook post that includes Black Lives Matter hashtags. Court officers can make arrests on and off duty and are typically used outside the courtroom to execute bench warrants.