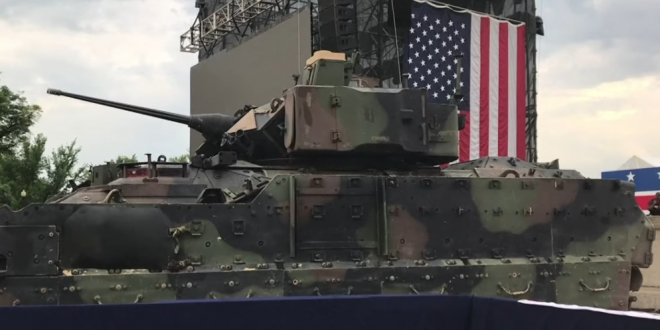 Unlike last year, the July Fourth celebration will not include static displays on the mall of military ground equipment such as Bradley fighting vehicles, the two defense officials said.

It was not immediately clear why the administration decided to eliminate the static displays this year, but their exclusion will likely reduce cost and crowds on the national mall.

Last year’s celebration cost taxpayers more than $13 million, twice as much as previous celebrations, government watchdogs reported Thursday. The inclusion of military vehicles and Trump’s attendance at the Lincoln Memorial drove up costs.