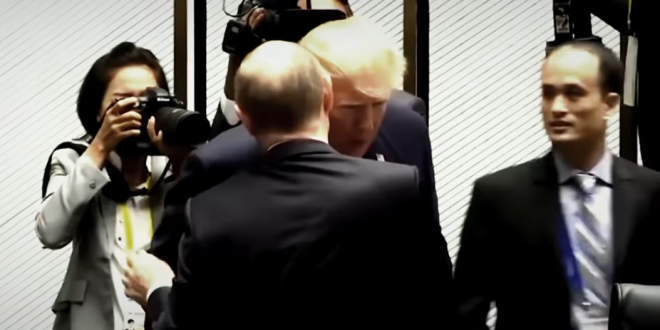 New Lincoln Project Ad: When Trump Says He Stands By The Troops, He’s Right, They’re Just Not OUR Troops

“This heinous failure by the commander-in-chief to protect American soldiers in the field is unthinkable,” Reed Galen, co-founder of the anti-Trump group, said in a statement. “There aren’t words to describe Donald Trump’s dereliction of duty as Commander in Chief.”

“Congress should charge him for this crime,” co-founder Mike Madrid added. “Unfortunately, his enablers in the U.S. Senate, starting with Majority Leader Mitch McConnell will shrug off this war crime like he has everything else.”

Previous Trump Denies He Was Told About Bounties On Troops
Next LGBTQ History: “The Foot Wore A Spiked Heel”