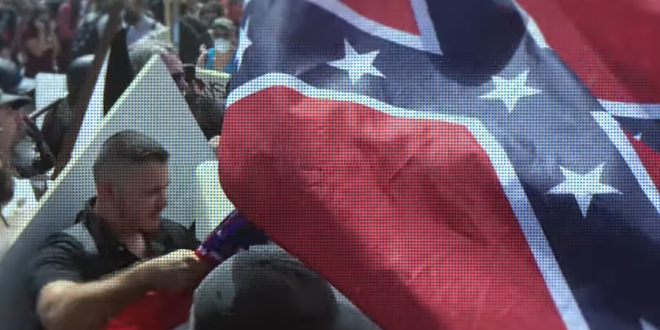 The group of anti-Trump Republican leaders known as The Lincoln Group has produced a new political attack ad that goes over President Donald Trump’s past rhetoric regarding his record on race and White House failed efforts to unite the nation.

The ad first appeared on CNN and the new TV ad focuses on the Confederate flag as not just a Civil War symbol of treason, but also a lasting representative icon for many Trump supporters, despite it’s an ugly history of succession and pro-Slavery from roughly 150 years ago.