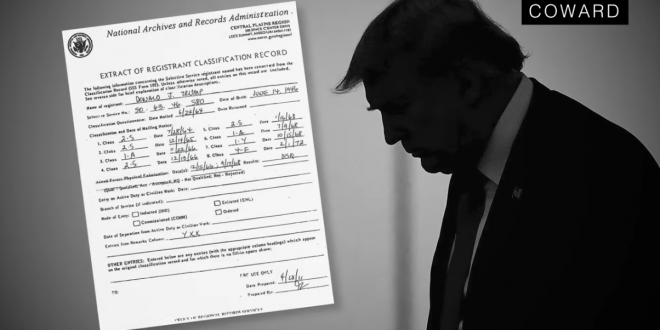 But don’t fool yourself: It will not be easy to remove this awful man. As nice as it was to hear Joe Biden sound like a president this week, it is going to take a heavy, hard and persistent pounding of Trump to oust him. For that, Democrats can learn from the people who know his people best — the Never Trump Republicans.

“Washington transformed into a war zone for this coward.” So went the latest salvo from one such group, the Lincoln Project. “This is a time for choosing: America or Trump.” The ad is blunt. Brutally effective. And the best way to beat a bully who cowers in a bunker.

Donald Trump Jr., on the other hand, posted a meme on his Instagram suggesting that Biden was a pedophile. The campaign has bought Facebook ads implying that Biden is senile and demented. Don’t be surprised if Trump blames Biden for the car accident that killed Biden’s wife and child.

“Donald Trump is the first president in my lifetime who does not try to unite the American people—does not even pretend to try. Instead, he tries to divide us.” —General James Mattis pic.twitter.com/4OHA4FbSDh