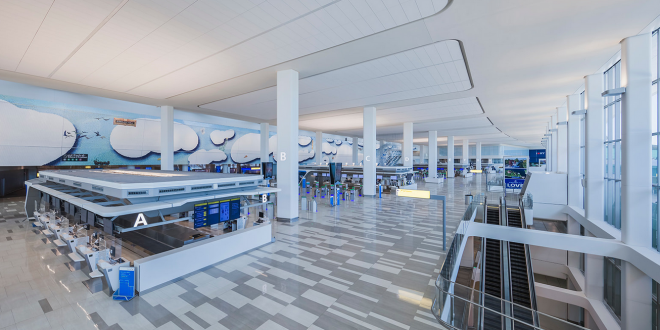 Via press release from Cuomo’s office:

Governor Andrew M. Cuomo today announced the opening of the brand-new, state-of-the-art Terminal B Arrivals and Departures Hall at LaGuardia Airport, the biggest milestone to date in the airport’s ongoing $8 billion transformation into a unified 21st century facility.

The project – one of the largest public private partnerships in aviation history – includes the demolition and replacement of every terminal and concourse except for the historically landmarked Marine Air Terminal.

The new Terminal B will open to the public on Saturday, June 13th and serve American Airlines, United Airlines, Southwest Airlines and Air Canada. 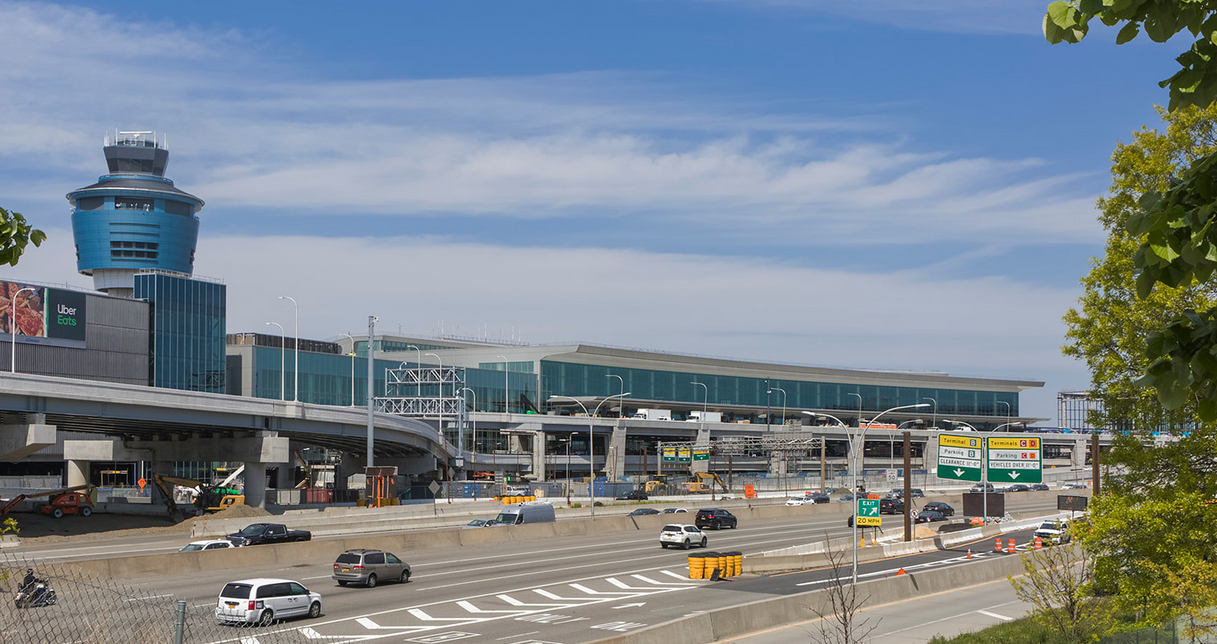 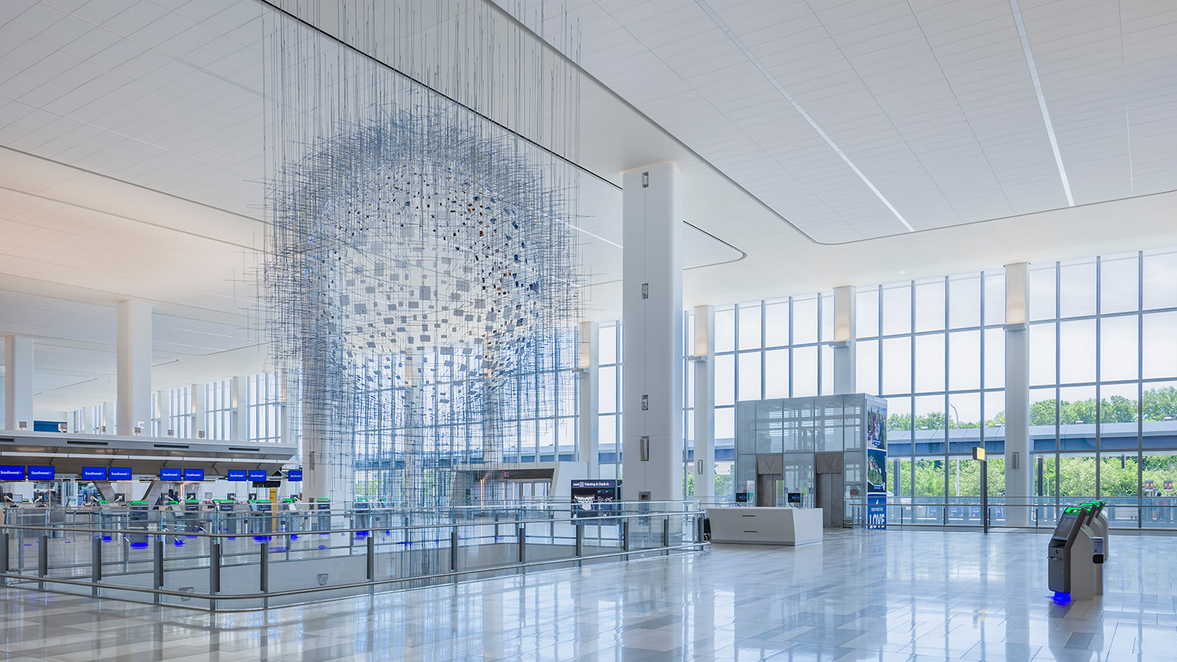 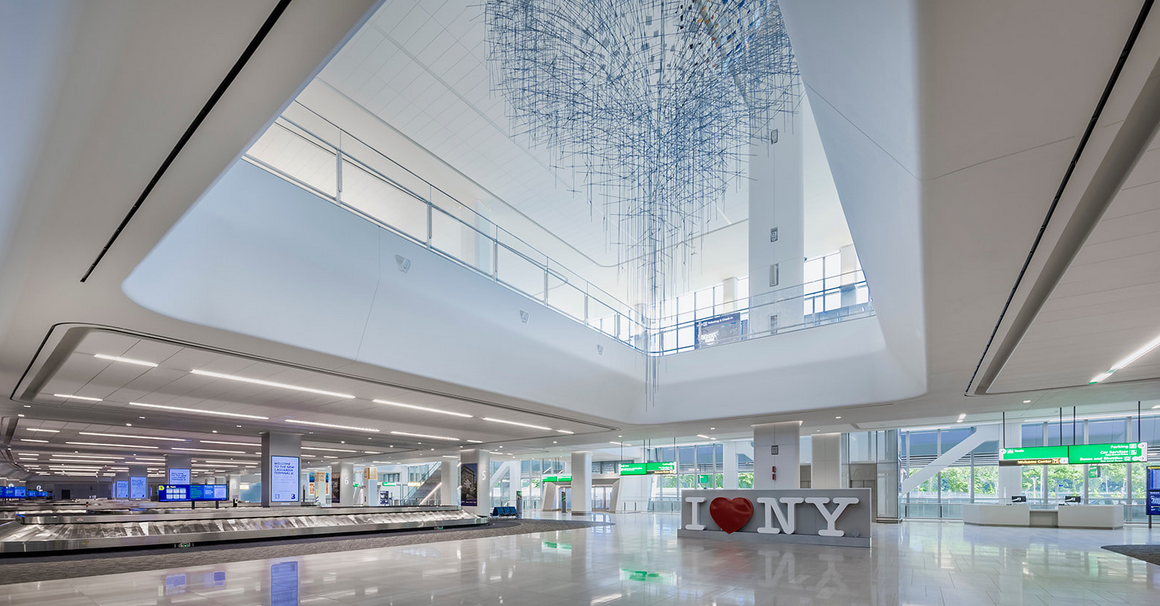