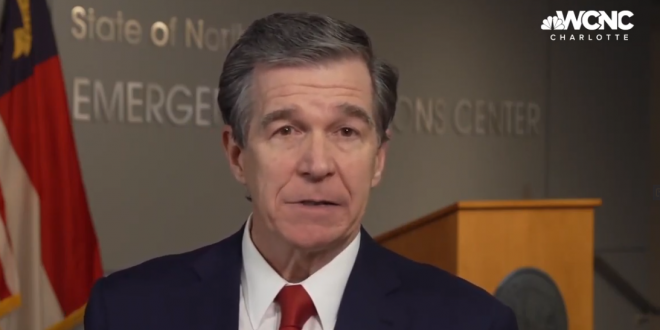 North Carolina’s Democratic governor, Roy Cooper, on Tuesday rejected the GOP’s plans for a full-fledged convention in Charlotte, telling Republican officials the only way the convention would move forward is with proper health protocols in place.

“The people of North Carolina do not know what the status of COVID-19 will be in August, so planning for a scaled-down convention with fewer people, social distancing and face coverings is a necessity,” Cooper wrote in a letter to the Republican National Committee.

“As much as we want the conditions surrounding COVID-19 to be favorable enough for you to hold the Convention you describe in late August, it is very unlikely,” Cooper wrote. “Neither public health officials nor I will risk the health and safety of North Carolinians by providing the guarantee you seek.”