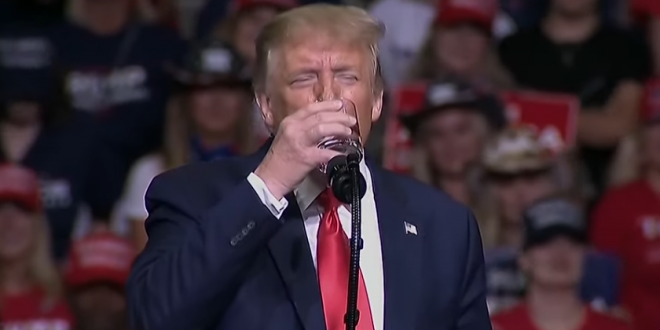 “People don’t have a job, people don’t know where to go, they don’t know what to do,” the former vice president said in Lancaster on Thursday, Fox News reported. “Now we have over 120 million dead from COVID.”

In reality, the death toll from the illness in the US stood at about 122,000, according to figures from Johns Hopkins University. Biden, 77, did manage to catch himself when he uttered the flub, which didn’t make it into the video of the event, according to Fox News.

Steve Guest, the Republican National Committee’s national response chief, posted a clip of Biden’s blunder and wrote: “WHAT IS GOING ON WITH JOE BIDEN?” The president’s re-election campaign called Biden “very confused,” adding that “he’s not playing with a full deck, folks.”

If I ever said something so mortifyingly stupid, the Fake News Media would come down on me with a vengeance. This is beyond a normal mistake. Why isn’t the media reporting it? pic.twitter.com/KkuWLkMfp7

Speaking of 120 million, what happened to those 15 cases you promised would be down to zero back in February?pic.twitter.com/lKOncnRhCQ

You stupid fucking fucker. You say more cretinous things in one day than Biden has said in a lifetime. Last night you told Hannity that kids with the sniffles were testing positive for #COVID19. I’ve been keeping a list to remember just how dumb you are: https://t.co/myh28VUG5V