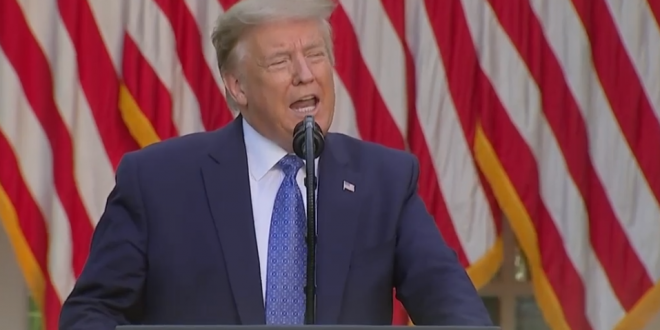 White House aides were instructed Monday to begin preparing for a possible statement by President Donald Trump from the Rose Garden, two officials told CNN, providing a venue for the President to address growing racial unrest gripping the country.

Officials described the plans as tentative, but said the statement could come at 6 or 6:30 p.m. ET. The officials cautioned the plans could change or be canceled altogether.

As Trump remained out of public view on Sunday and Monday, and as his aides deliberated over how and whether he should address protests, many of his allies were growing increasingly frustrated with what has felt like silence from the White House.

Previous REPORT: Trump May Invoke 1807’s Insurrection Act
Next Protesters Tear-Gassed Out Of Park Across From White House So An Authoritarian Racist Can Pose With A Bible