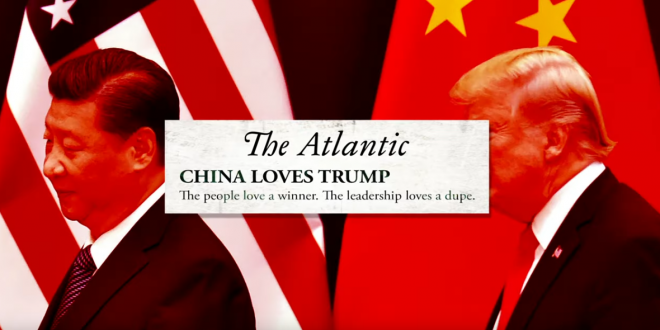 A group formed by anti-Trump Republicans is airing a new ad attacking President Donald Trump for getting “rolled” by China and its powerful President Xi Jinping.

The spot from the Lincoln Project — which the group says will air in Florida, Pennsylvania, Wisconsin, Michigan, Arizona and Washington, DC — comes the same day Trump’s former national security adviser levied harsh claims against how the President has handled US-China relations during his first term in office.

“They know who Donald Trump is: weak, corrupt, ridiculed,” a narrator in the ad says. “China beats him every time.” The ad critiques Trump’s handling of trade with China and says Beijing “laughed as Trump hit American families with higher taxes.”

You know DC is on that list just to fuck with him.