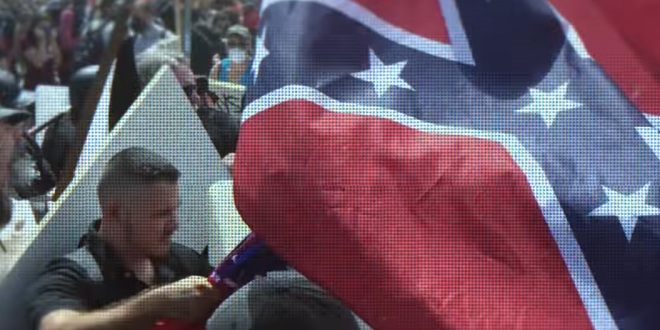 Lincoln Project: Trump Has Become The Confederacy’s Second President And We Cannot Allow This [VIDEO]

“We never imagined that when we name our initiative to defeat the reelection of Donald J. Trump, The Lincoln Project, that the president would go so far as to honor the Confederate generals who fought against the United States of America to preserve slavery and uphold white supremacy.

“For all intents and purposes, Donald Trump today became the Confederacy’s second president. We cannot allow this.

“The Lincoln Project and its allies will be doubling its efforts to protect the US Constitution and this nation by defeating Donald Trump in November and watching Joe Biden take the oath of office next January.” – The Lincoln Project.

The clip below, first released on June 1st, has been edited to include some recent events.