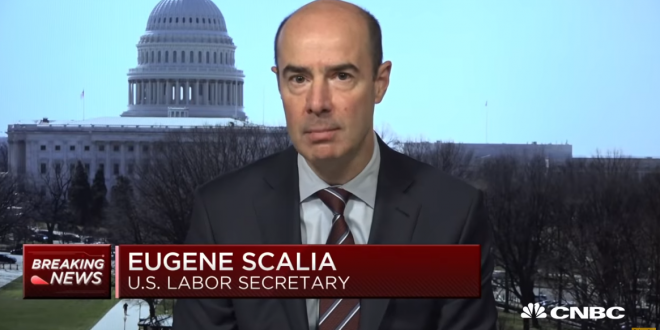 US weekly jobless claims totaled 1.5 million in the week that ended Saturday, the Labor Department said on Thursday. That slightly exceeded the consensus economist estimate of 1.3 million, according to Bloomberg data.

In just a few months, total layoffs due to the coronavirus pandemic surpassed the roughly 37 million Americans who filed for benefits during the 18-month-long Great Recession.

Now, even though claims have consistently declined for 12 weeks in a row, they remain nearly double the 665,000 who filed for unemployment during the Great Recession’s worst week. Elevated jobless claims remain a worrying metric signaling that the labor market may not rebound as quickly or as consistently as hoped.

Previous OREGON: Nazi Gets Life In 2017 Anti-Muslim Killings After Telling Survivor He Wished He Had Killed Her Too
Next Three North Carolina Cops Fired After Audio Captures Racist, Anti-Gay Slurs, Call To “Slaughter” Black People