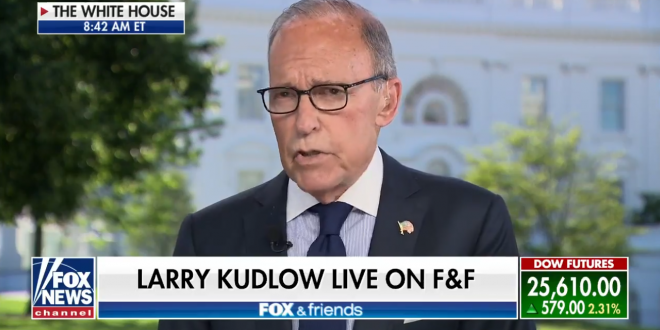 Kudlow: There Is “No Second Wave” Of COVID [VIDEO]

White House economic adviser Larry Kudlow on Friday declared that a “second wave” of the coronavirus was not descending upon the country, even as cases of Covid-19 are spiking in more than a dozen states.

“There is no emergency. There is no second wave. I don’t know where that got started on Wall Street,” Kudlow told “Fox & Friends.”

Although Kudlow, director of the National Economic Council, acknowledged he is “not the health expert,” he said he had spoken with the administration’s top public health officials “at some length” Thursday evening. “They are saying there is no second spike. Let me repeat that. There is no second spike,” he said.