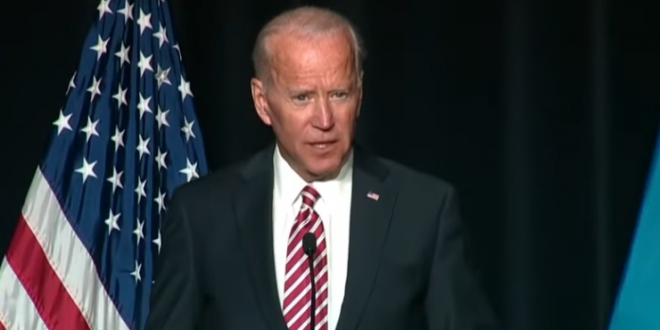 Joe Biden formally clinched the Democratic presidential nomination Friday, setting him up for a bruising challenge to President Donald Trump that will play out against the unprecedented backdrop of a pandemic, economic collapse and civil unrest.

The former vice president has effectively been his party’s leader since his last challenger in the Democratic primary, Bernie Sanders, ended his campaign in April. But Biden pulled together the 1,991 delegates needed to become the nominee after seven states and the District of Columbia held presidential primaries Tuesday.

Biden has issued a statement:

It was an honor to compete alongside one of the most talented groups of candidates the Democratic party has ever fielded — and I am proud to say that we are going into this general election a united party. I am going to spend every day between now and November 3rd fighting to earn the votes of Americans all across this great country so that, together, we can win the battle for the soul of this nation, and make sure that as we rebuild our economy, everyone comes along.

Today, I’m once again asking every American who feels knocked down, counted out, and left behind, to join our campaign. Because we aren’t just building the movement that will defeat Donald Trump, we are building the movement that will transform our nation. I truly believe that when we stand together, finally, as One America, we will rise stronger than before. This is the United States of America. There is nothing we can’t do, if we do it together.

Previous Ex-NYPD Leader: Buffalo Man Got What He Deserved
Next Bill Barr Contradicts WH On Order To Clear DC Park