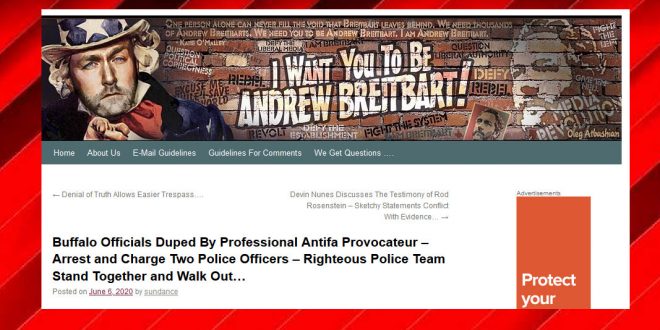 Inside The Loony Site Behind Trump’s Latest Batshittery

The OAN segment was reported by Kristian Rouz, a Russian journalist who pulled double duty working for the Russian state propaganda channel Sputnik as well as OAN. He cited The Conservative Treehouse as evidence that Gugino was using a “police tracker” on his phone during the encounter.

The Conservative Treehouse post had, indeed, falsely claimed that Gugino used a sophisticated communications device to “scan the mic” of one policeman. “Once the frequency is captured (ie cloned) you can track the device, duplicate the signal and/or listen to a transmission,” the post reads.

There are plenty of holes in the theory that Gugino was committing high-tech espionage for antifa. For one thing, Gugino is not a member of antifa, but rather a longtime activist with the Catholic Worker movement. And the supposed “scanning” he is accused of conducting is technological gibberish, unsupported by evidence.