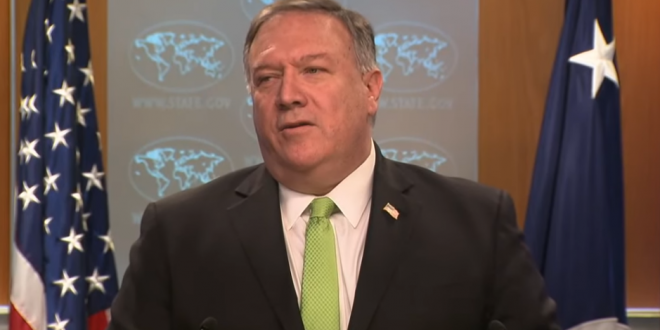 The State Department’s top spokeswoman on Monday muted the line of a reporter asking about John Bolton’s book during a briefing extolling press freedom. The Department convened a telephone briefing ahead of its designation of four additional Chinese news outlets as foreign missions.

But when David Brunnstrom, a journalist from Reuters, asked whether U.S. allies had reached out to the assistant secretary of State for East Asian and Pacific Affairs in the wake of Bolton’s book, his line was muted.

“That’s not what this call is about,” the department’s spokeswoman, Morgan Ortagus, said in response to the question. After Brunnstrom continued his question, Ortagus said, “AT&T, we can mute that line.”