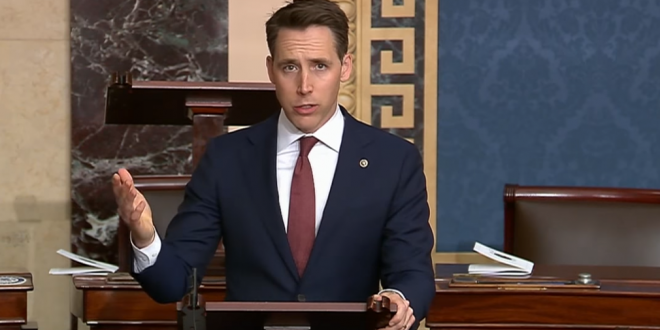 Hawley Blames Inaction By Congress For LGBTQ Ruling: This Is The “End Of The Conservative Legal Movement”

Sen. Josh Hawley had a stunning view of the Supreme Court’s decision extending new protections to LGTBQ workers: It “represents the end of the conservative legal movement.” Though careful not to criticize any sitting justices by name or even the policy they were responding to, the Missouri Republican teed off on the system that he claims created the decision, which he repeatedly called a “piece of legislation.”

Declaring that “Congress has pointedly declined” to address employment discrimination on the basis of gender and sexual orientation, Hawley said foot-dragging in the Senate and House has led to too much power for the courts. In what amounted to a stinging rebuke of the GOP coalition, Hawley took one more step closer to sketching out a likely future presidential bid heavy on populism and filled with scathing critiques of the Republican establishment.