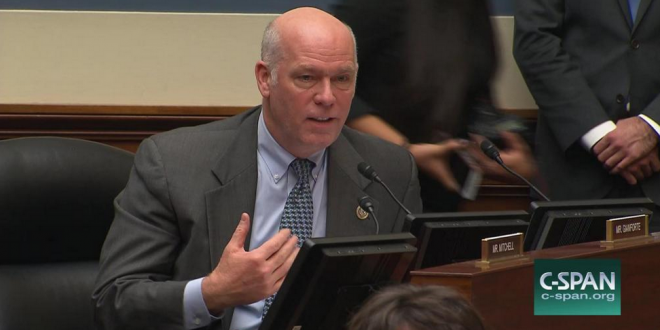 Gianforte is a former businessman who sold a start-up company to technology giant Oracle in 2011 for $1.8 billion. Gianforte, who was ambivalent toward Trump in the 2016 campaign, has since reframed himself as a staunch ally of the president.

Gianforte first earned national attention when he assaulted a reporter during an interview, for which he was publicly congratulated by Trump. His family’s foundation is a major donor to anti-LGBT hate groups. Gianforte is a so-called Young Earth Creationist and helped found a Montana museum which claims that humans and dinosaurs lived at the same time and that dinosaurs were aboard Noah’s Ark.