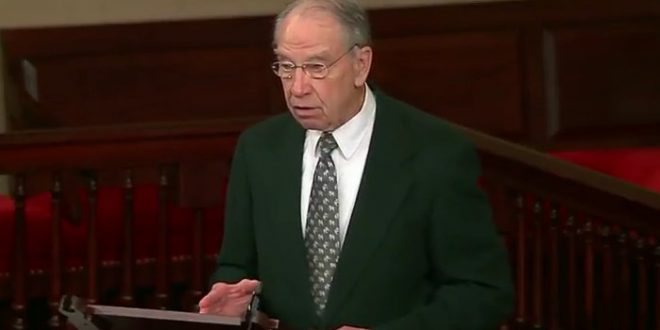 Republican U.S. Senator Chuck Grassley on Thursday said he would seek to block two of Donald Trump’s nominees in response to the president’s firing of two inspectors general, citing the need for “checks and balances.”

Grassley has been pressing the White House to provide a rationale for Trump’s decision to dismiss the intelligence community’s inspector general and his counterpart at the State Department, and has said responses from the White House have fallen short.

In statements submitted to the congressional record, Grassley said he would block any request for unanimous consent in the Senate to approve Christopher Miller to head the National Counterterrorism Center without an explanation for the firings.