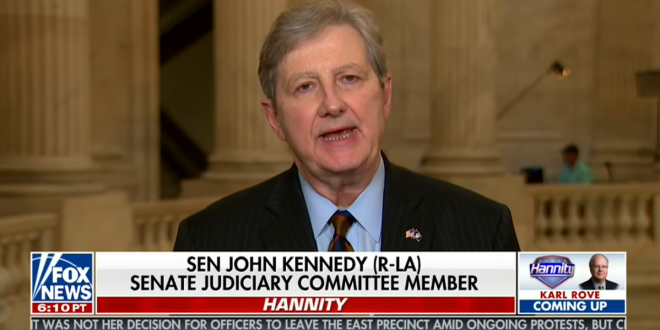 GOP Senator: “If You Hate Cops, Call A Crackhead”

“A civilized society has to have rules and someone to enforce them. I don’t believe that the 18,000 police forces that we have in this country are endemically racist,” Kennedy said. “I think there are some racist cops and we need to weed them out.

“And finally, to the governor and the mayor of Seattle, who I think are holding their cops back. I would say gently: If you hate cops, just because they’re cops, then the next time you get in trouble, call a crackhead.”

“We need cops to keep us safe and I think Seattle is proof of that.” – GOP Sen. John Kennedy, last night on Sean Hannity’s show.