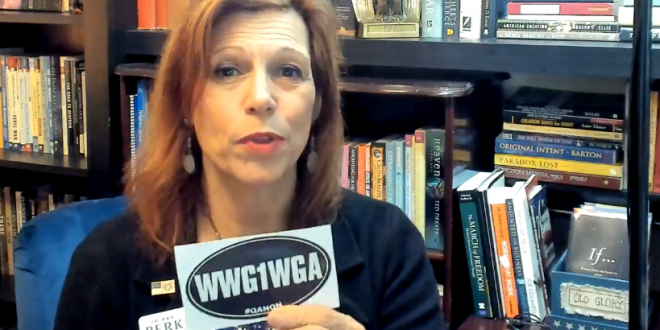 GOP Senate Nominee And #QAnon Nutbag: Soros Is Funding Army Of Protesters “Put Together” By Obama

Jo Rae Perkins, the QAnon conspiracy theorist who is the Republican nominee for the U.S. Senate in Oregon, streamed a video on Facebook last night in which she called for the National Guard to be mobilized against “the army that Obama put together” that she believes is behind the nationwide protests. ​Perkins also claimed that billionaire philanthropist George Soros is funding the protests and prayed that God will find a way to end his “reign of terror.”

“Lord, these people have no sense of morality,” Perkins prayed. “Father God, shut down George Soros, Lord God. End his reign of terror, Lord God. We know that he is funding this. Lord, we say. ‘Strip that money, strip that money strip that money.’ If there is a way, Father God, that President Trump’s administration can block him from being able to spend any more money, Lord God, then allow that happen.”

Tags 5150 get the net Jo Rae Perkins QAnon US Senate