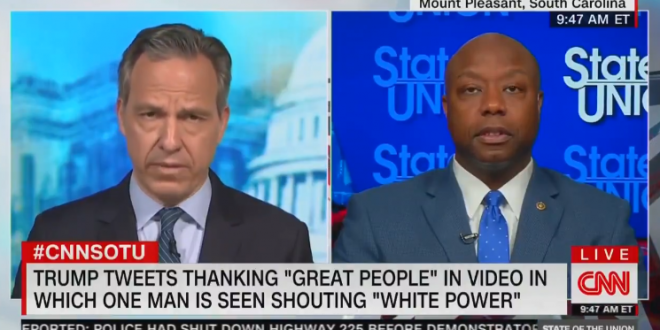 “We can play politics with it or we can’t. I’m not going to. I think it’s indefensible, we should take it down. That’s what I think.” – Republican Sen. Tim Scott, reacting this morning on CNN after host Jake Tapper played Trump’s “white power” video.

“He should not have retweeted and he should just take it down… It is indefensible,” GOP Sen. Tim Scott reacts to the video President Trump shared of a man driving a golf cart with Trump campaign posters, chanting “white power.” #CNNSOTU https://t.co/76wZzokkUw pic.twitter.com/4zk2rFndcP