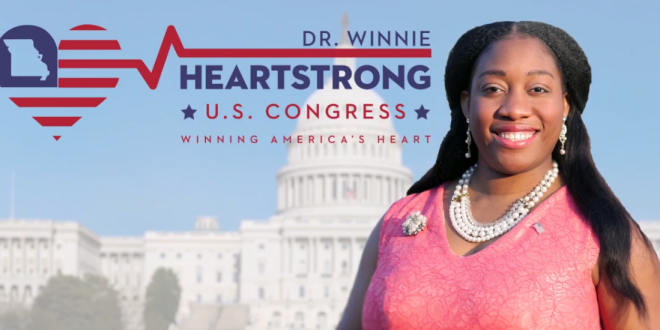 A Republican candidate for the U.S. House from Missouri published a 23-page report which falsely claims to show that George Floyd’s killing was a “deepfake” hoax.

Winnie Heartstrong, who reportedly has a good chance of winning the Republican Party’s nomination in August to challenge incumbent Rep. Lacy Clay, D-Mo., has repeatedly claimed on Twitter that Floyd’s death in the custody of Minneapolis police was faked.

A video featuring Heartstrong claiming that “George Floyd is alive” was widely shared among far-right conspiracy theorists. Heartstrong now claims that Floyd actually died years ago, and the video showing his death was a “deepfake.”

You can watch the full 4 mins video on my Parler account. pic.twitter.com/R23cKFgNDj

The use of deepfake technology has serious implications for American civic and political life. We call on President Trump @realDonaldTrump and AG Barr @TheJusticeDept to launch an investigation into the death of Mr. Floyd.