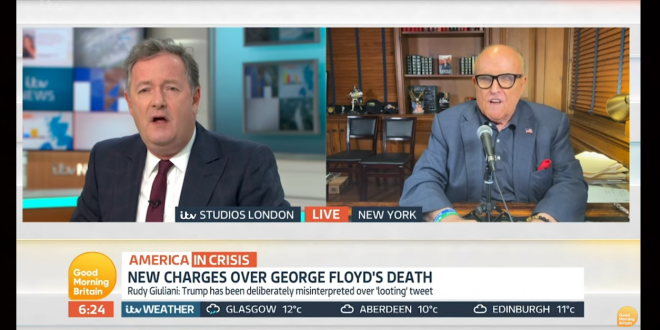 Rudy Giuliani And Piers Morgan Have Screaming Match Over Trump’s Call To Shoot Looters: “You Fucked Up”

After Morgan took issue with a tweet last week in which Trump said after looting, arson and violent protests that “when the looting starts, the shooting starts,” Giuliani fired back. “You know that too. You’re going through politically correct propaganda to be popular,” Giuliani said.

There’s lots more of that in the clip.