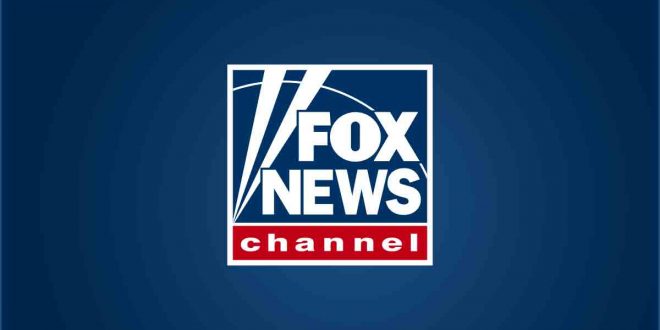 As part of a package of stories Friday about the zone, where demonstrators have taken over several city blocks on Capitol Hill after Seattle police abandoned the East Precinct, Fox’s website for much of the day featured a photo of a man standing with a military-style rifle in front of what appeared to be a smashed retail storefront.

The image was actually a mashup of photos from different days, taken by different photographers — it was done by splicing a Getty Images photo of an armed man, who had been at the protest zone June 10, with other images from May 30 of smashed windows in downtown Seattle.

The conservative outlet also published a photo of a person running past a fiery building and car to accompany stories on the Seattle protest. The headline read “CRAZY TOWN.” The photo is actually from St. Paul, Minn. and was taken on May 30, according to the Seattle Times.

As a photojournalism ethics educator told the Times, “I think it’s disgraceful propaganda and terribly misrepresentative of documentary journalism in times like this, when truth-telling and accountability is so important,” said Kenny Irby. “There is no attribution. There is no acknowledgment of the montage, and it’s terribly misleading.”

The use of the deceptive material marked a new chapter in an ongoing debate over synthetic media, which includes both sophisticated, computer-generated “deepfakes,” as well as more rudimentary mash-ups that still may mislead the public. In response to an inquiry from The Washington Post on Saturday, a Fox spokeswoman, Jessica Ketner, pointed to an editor’s note appended to three online articles and declined to comment further.

The editor’s note reads: “A FoxNews.com home page photo collage which originally accompanied this story included multiple scenes from Seattle’s ‘Capitol Hill Autonomous Zone’ and of wreckage following recent riots. The collage did not clearly delineate between these images, and has since been replaced. In addition, a recent slide show depicting scenes from Seattle mistakenly included a picture from St. Paul, Minnesota. Fox News regrets these errors.”

Fox also ran this scary image of a burning city above a package of stories about Seattle headlined CRAZY TOWN. The photo was from May 30 in St. Paul, Minnesota. pic.twitter.com/kr319xfmOO

Look at me, I’m Fox News! I can photoshop this guy with a gun into Seattle-related pictures to imply they’re much more violent places! pic.twitter.com/HuTV4c1u0t