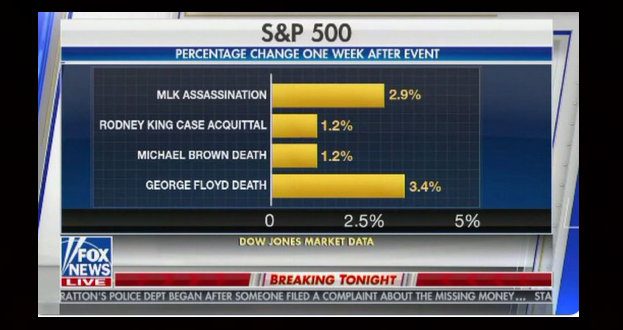 Fox News issued an apology after using a graphic on air that showed stock markets rising after the violent killing or beating of unarmed black men, such as the killing of George Floyd, and the assassination of Martin Luther King, Jr.

“The infographic used on FOX News Channel’s Special Report to illustrate market reactions to historic periods of civil unrest should have never aired on television without full context,” a spokesperson for the cable news network told BuzzFeed News.

“We apologize for the insensitivity of the image and take this issue seriously,” the statement read. The decision to air that graphic came as the nation is reeling amid days of protests and civil unrest across the country.