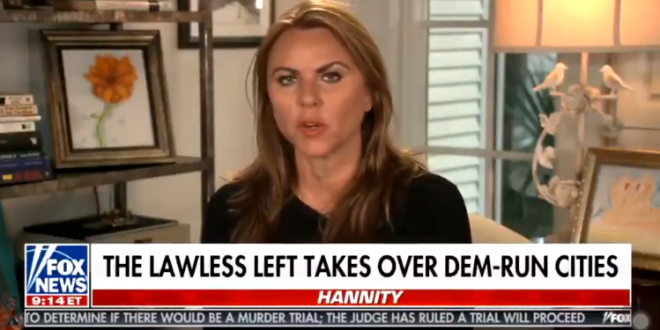 “They are using a source who is publishing Homeland Security’s flights, they are putting out the height that they are flying at, flight patterns, surveillance, aircraft being used by different agencies, putting out personal records of police officers, they know their addresses,” Logan ominously warned without going into detail.

“These people have a very significant organization and every time we say I don’t want to talk about this, I want to talk about these other issues, look at the history of these groups,” Logan continued, before implicating prominent politicians like Minnesota Attorney General Keith Ellison.

“They go back to Ferguson and all the others. The head of the police of Minneapolis is black. The attorney general there is black. The person in charge of state security is black. So saying that this is a race issue is allowing these groups to proliferate, to infiltrate law enforcement, and attempt to burn this country to the ground, which is their ultimate goal.”