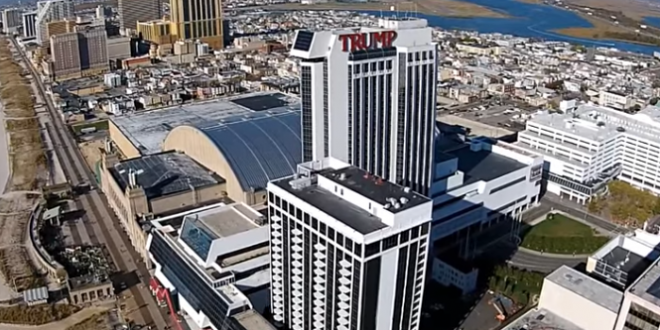 Former Trump Casino In Atlantic City To Be Imploded

Icahn Enterprises, which now owns the building, submitted plans to demolish the entire plaza by implosion, Small said. The company had previously planned on keeping the section of the building above the Rainforest Café standing, but is now set to demolish that as well.

Trump Plaza is the last of the three Trump casinos in Atlantic City. The other two are now operating under new names (the former Trump Marina is now the Golden Nugget, and the Trump Taj Mahal is the Hard Rock).