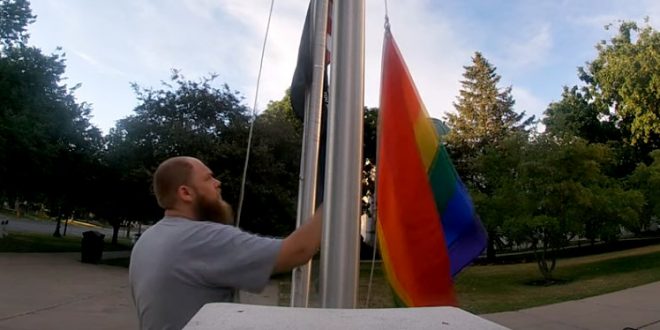 The Gay Pride flag flying at Watertown City Hall will fly longer. That’s the city’s response after a protester took it down. The rainbow colored flag is a symbol of social equality, individuality and hope for the LGBTQ community and its supporters.

Saturday, it was raised for the second year in a row and was scheduled to fly for the weekend. But because one protester took it down, city officials have taken steps to secure the flag to the flag pole and have chosen to have the Gay Pride flag fly for the remainder of June. As for the man who took down the flag, Donnie Barrigar, we asked him why he would do that.

Barrigar filmed his stunt and posted it to his YouTube channel, which is largely devoted to Flat Earth batshittery, attacks on Black Lives Matter, and claims that COVID is a hoax. In the comments of the video, he directs his followers to a GoFundMe campaign set up on his behalf by a “fan.” 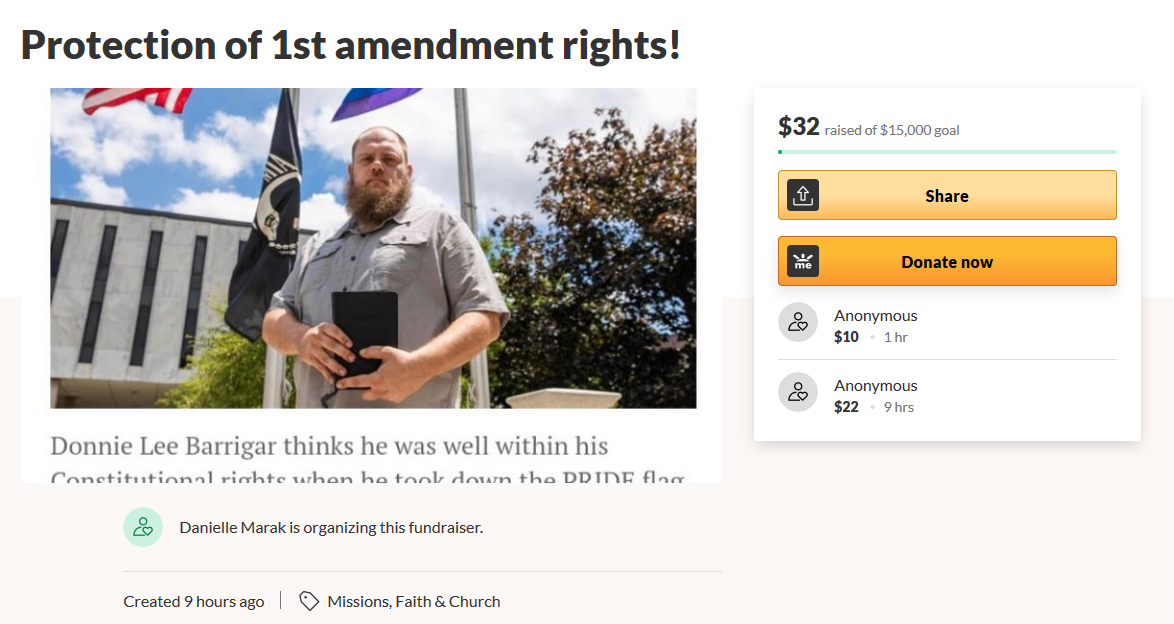