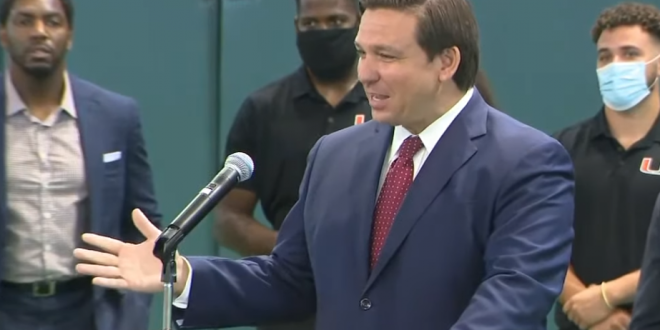 FL Has 1M Unwanted Doses Of Drug Touted By Trump

Florida is sitting on more than 980,000 unused doses of hydroxychloroquine, a drug President Donald Trump touted as a “game changer” in the fight against the coronavirus, after only a handful of hospitals in the state asked for access to the medicine.

Gov. Ron DeSantis said in April that the state was getting 1 million doses of the drug. The announcement was made during a press conference that came across as a commercial for hydroxychloroquine.

Despite the governor’s pitch, few hospitals have requested the drug, which was provided free-of-charge from Israeli drug maker Teva Pharmaceuticals in a deal DeSantis said was facilitated by U.S. Ambassador to Israel David Friedman.