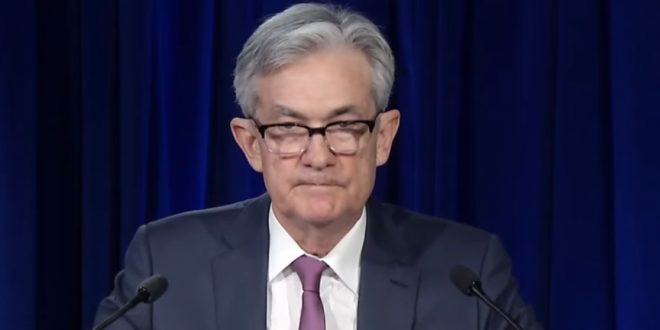 The Federal Reserve left interest rates unchanged and near zero on Wednesday as the central bank projected a slow economic recovery from the pandemic-induced recession.

In their first economic projections this year, Fed officials indicated that they expected the unemployment rate to end 2020 at 9.3 percent and remain elevated for years, coming in at 5.5 percent in 2022, The New York Times’s Jeanna Smialek reports. Output is expected to be 6.5 percent lower at the end of this year than it was in the final quarter of 2019.

“Nearly 20 million jobs have been lost on net since February,” the Fed chair, Jerome H. Powell [photo], said at a news conference following the release of the forecast, and noted that the figure probably understates the extent of unemployment. “The downturn has not fallen equally on all Americans.”