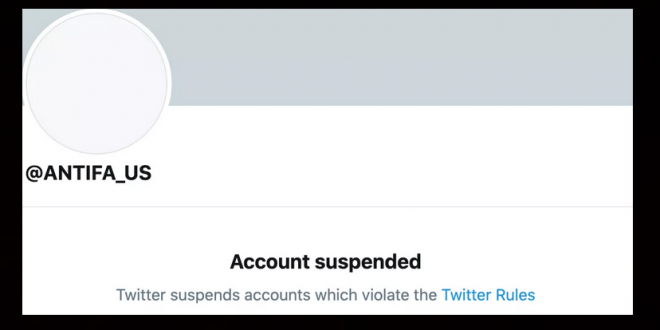 A Twitter account claiming to belong to a national “antifa” organization and pushing violent rhetoric related to ongoing protests has been linked to the white nationalist group Identity Evropa, according to a Twitter spokesperson.

As protests were taking place in multiple states across the U.S. Sunday night, the newly created account, @ANTIFA_US, tweeted, “Tonight’s the night, Comrades,” with a brown raised fist emoji and “Tonight we say ‘F— The City’ and we move into the residential areas… the white hoods…. and we take what’s ours …”

Previous Biden Blasts Trump’s Photo Op: “We Must Defeat Him”
Next Rubio: Protesters At WH Got What They Deserved