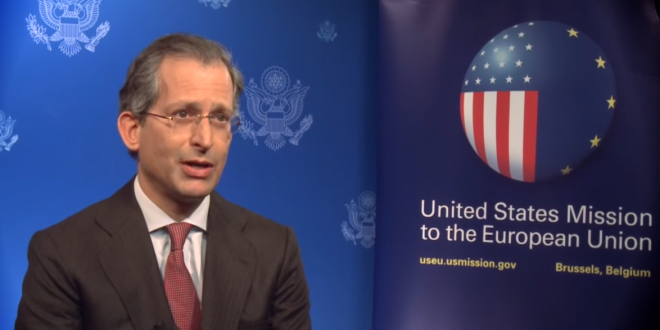 In an interview with Jack Blanchard, the editor of POLITICO’s London Playbook, on Monday, Gardner said Trump evokes memories of Italian fascist dictator Benito Mussolini and that former Trump officials who are now criticizing the president, like ex-Defense Secretary James Mattis, are “collaborators” who should have spoken out sooner or never joined the administration in the first place.

“For a couple of years, I was troubled by many things that Donald Trump shares with Benito Mussolini, someone my Italian grandparents fled from in 1938,” Gardner, a Democrat who is supporting former Vice President Joe Biden’s campaign, said in the interview.

Previous Biden Spox: We Want To Reform Not Defund The Police
Next NYC Court Officer Suspended After Posting Memes Depicting Obama Being Lynched, Hillary On Gallows