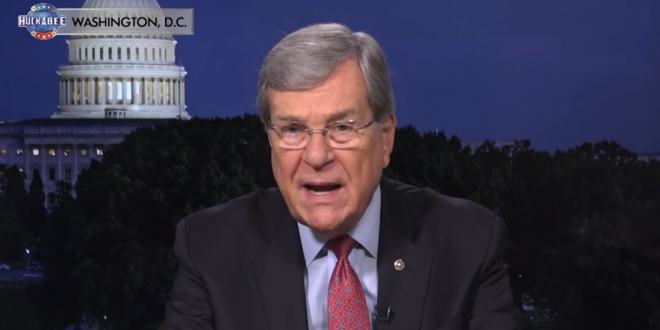 The lobbying firm Squire Patton Boggs has fired former Senate Majority Leader Trent Lott, one of Washington’s most prominent lobbyists. The firm gave no reason for the Mississippi Republican’s sudden departure and declined to answer questions about it.

Mark Ruehlmann, Squire Patton Boggs’ chairman and global chief executive, said only that the firm had “decided that it is the right time to make a change in the leadership” of its public policy practice.

Asked whether it would be accurate to describe his departure as a firing, a Squire Patton Boggs spokesman reiterated that the “firm’s leadership decided to part ways with Senator Lott.” Lott did not respond to a request for comment.

Saying that he had used “a poor choice of words,” Trent Lott, the Senate Republican leader, apologized tonight for his speech at the 100th birthday party of Senator Strom Thurmond, which critics had said was an implicit endorsement of segregation.

“A poor choice of words conveyed to some that I embraced the discarded policies of the past,” Mr. Lott said in a statement. “Nothing could be further from the truth, and I apologize to anyone who was offended.”

Lott had said, “I want to say this about my state: When Strom Thurmond ran for president, we voted for him. We’re proud of it. And if the rest of the country had followed our lead, we wouldn’t have had all these problems over all these years, either.”

Mississippi Sen. Trent Lott, the Senate’s No. 2 Republican, announced Monday he will retire from the Senate by end of year. “It’s time for us to do something else,” Lott said, speaking for himself and his wife Tricia at a news conference.

Lott’s colleagues elected him as the Senate’s Republican whip last year, a redemption for the Mississippian after his ouster five years ago as the party’s Senate leader over remarks he made at retiring Sen. Strom Thurmond’s 100th birthday party.

Reading between the lines, it looks like Lott said something about the current civil unrest and the boss either wasn’t having it or feared it would go public.

Lott last appeared on JMG in 2007 after his resignation from the Senate when a gay escort story went briefly viral but ended up nowhere despite getting legs from Larry Flynt.